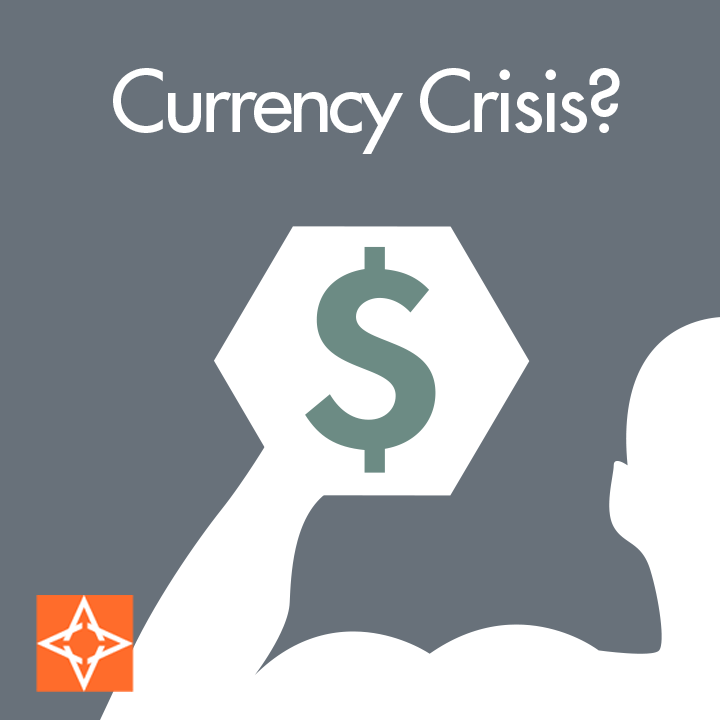 Over the last few years, we’ve watched the U.S. Dollar surge in value by nearly 20 percent1, and further gains have been predicted. Economists around the world have been keeping a close eye on this issue, and for good reason.

In theory, a stronger dollar would raise the prices of US exports, which is good for those selling to others overseas. At the same time, it would make imports cheaper for US consumers. While a stronger dollar might result in income growth for us at home, it's also greatly increasing the risk that a currency crisis rips through emerging market economies.

Within emerging markets around the world, the strength of the dollar has contributed to sharp decreases in commodity prices2. Weaker commodity prices and turbulence overseas all threaten the value of foreign profits earned by U.S. corporations at a time when earnings growth is already moving at a slow pace. It has also caused emerging market economies to stall or shrink while inflating their dollar debt burdens.

So the question has arisen around the world: “Is this rate of growth in the U.S. Dollar sustainable? Is it contributing to a potential global currency crisis?” The answer is unfortunately unclear. Much relies upon other events happening around the world.

In June, the value of the dollar began to decline slightly amidst the Fed’s expected announcement of an interest rate hike and the looming Brexit decision in the U.K.3

The slight decline was welcome news for exporters of American goods, including farmers, but it still isn’t where everyone hopes it might be. As events around the world continue to progress, we’ll keep you informed about how it may or may not have an effect on your investment decisions in the future.