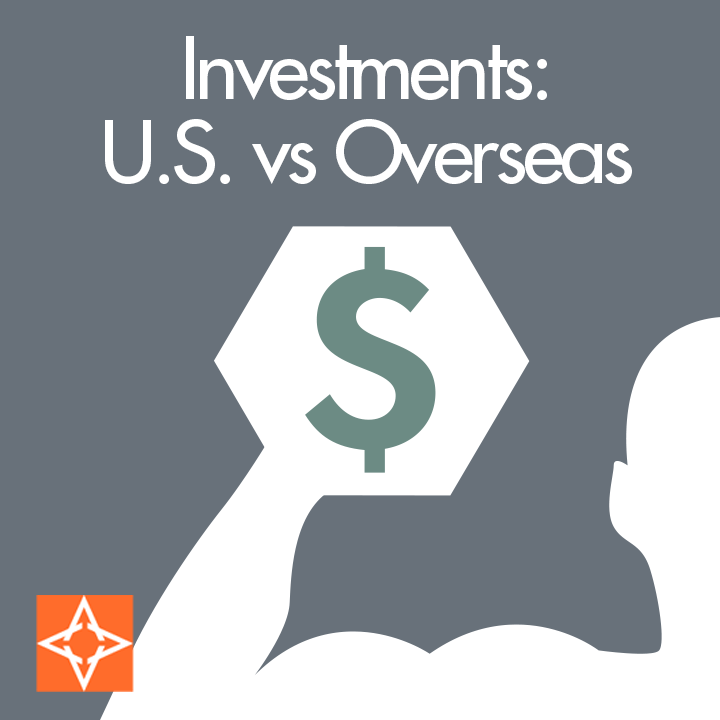 The American Dollar Part 2 of 4: U.S. Investments vs Overseas

Matt Krantz wrote in a February 2016 article in USA Today, “Investors might be tempted to make bold moves to double-down on the dollar's strength. But currency and stock experts caution individual investors from trying to time the infamously wild currency market, which can confound even the pros.”

As we’ve indicated in previous posts, the currency market is unfortunately not easy to predict. Industry experts caution individual investors from making rash decisions about shifting their investments to bargain stocks that are popping up overseas. There are many factors in play that might prove risky.

For example, in June, the United Kingdom held the world’s markets teetering as they decided whether to remain a part of the European Union or to strike out on their own. Those in favor of the country leaving purported that British business was stifled by the regulations of the European Union and could do better by creating trade deals with growing economies independently. Those who voted for the U.K. to remain a part of the EU maintained that leaving the union would ultimately bring economic disaster. They predicted a sharp fall in currency, properties, a crash in U.K. stocks and ultimately, recession.

But that’s the U.K. Why should we care?

Brittain is the world’s 5th largest economy1. The volatility from the UK’s decision to leave the European Union sent shockwaves throughout Europe and abroad, and U.S. markets teetered in the wake. Slower global growth, the stronger U.S. dollar and the possible disruptions of U.S. companies operating in the U.K. have the potential to have an effect here across the pond. As the rest of the world pushes through these volatile times and the dollar decides what it is eventually going to do, keeping a well balanced, risk averse portfolio with long term vision may be a better strategy than attempting to reap potential rewards offshore.